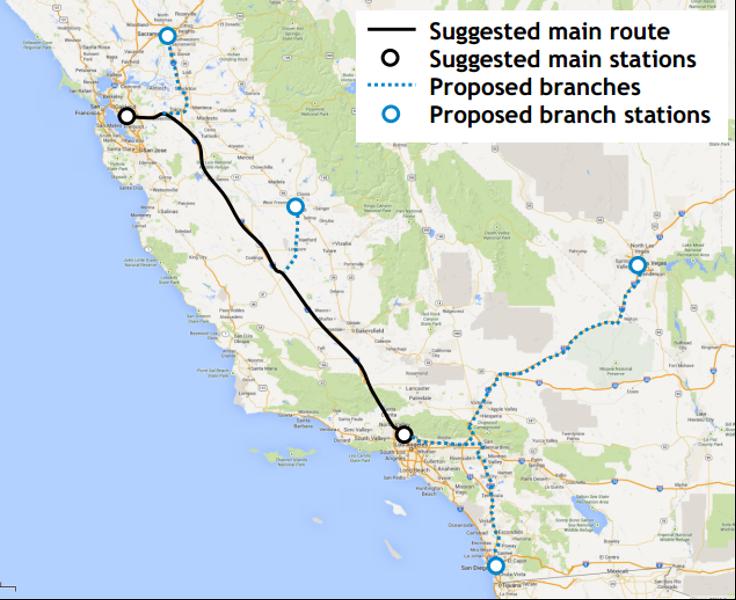 Elon Musk is one of my Hero’s. Lets hope this works. Now if we can get him on to Thorium Reactors we can save the world from Global Warming. Elon Musk Hyperloop.

The Hyperloop, just an idea in the mind of Elon Musk two years ago, is moving closer to becoming reality.

Hyperloop Transportation Technologies has signed an agreement with a developer in central California to build a five mile Hyperloop line in an area along Interstate 5.

“This is a phased process. We’ve done feasibility studies and now we will be able test all aspects of the Hyperloop,” said Ahlborn.

The Hyperloop is the idea of Tesla Motors and Space Exploration Technologies founder Musk, who outlined a vision for transporting people at high speeds in a capsules that will be pushed through a series of tubes stretching over thousands of miles.

“This is big step,” said Dirk Ahlborn, CEO of the JumpStartFund, which created Hyperloop Transportation Technologies last year. “It’s time to take the Hyperloop from concept and design and build the first one.”

The deal signed with developers of Quay Valley in central California calls for construction to start next year and be completed by 2019. Ahlborn estimates the five mile Hyperloop will cost about $100 million to build.

After announcing his idea, Musk said he would not fund or actively work on any projects to build the Hyperloop. Musk has since announced plans to build a Hyperloop test track in Texas.

How will Hyperloop Transportation Technologies pay for the initial stretch?

Much of the funding will come from an IPO of Hyperloop Transportation Technologies. Ahlborn is targeting the IPO to raise at least $100 million and come to the market later this year.

“We’ve been contacting potential suppliers and we think this first commercial application of the Hyperloop will be successful when it is built,” he said.