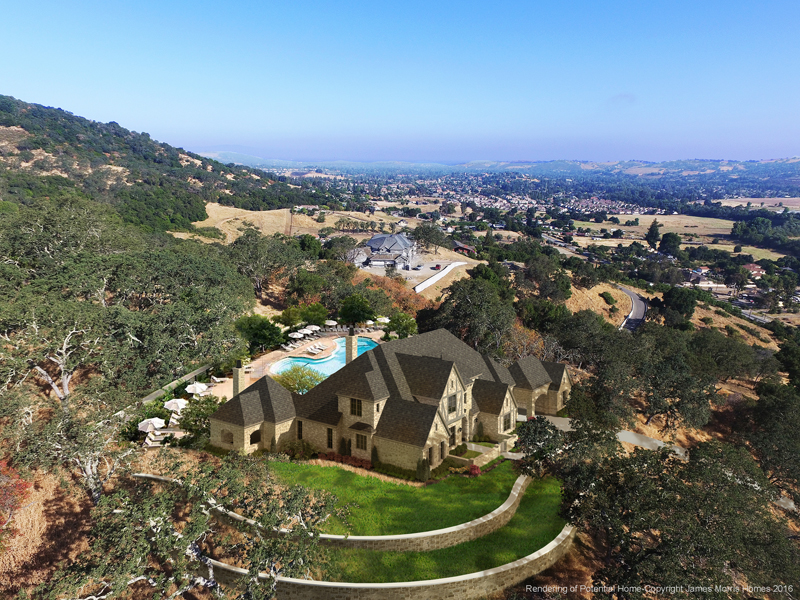 Almaden Valley (often just called Almaden) is an affluent upper-middle-class neighborhood of about 37,000 in the southeastern portion of San Jose, California, USA, roughly equivalent to the 95120 ZIP Code.[1][2]The neighborhood is south east of the town of Los Gatos, west of the Santa Teresa neighborhood of San Jose and south of Coleman Rd. at the southern end of the Blossom Hill neighborhood of San Jose. It is named after the New Almaden Quicksilver Mines, which were named after the mercury mine in (old) Almadén, Spain, and produced mercury that was used to process ore during theGold Rush.[3] The informal borders are generally Coleman Rd. at the northern end, McKean Rd. at the southern end, where the valley becomes mostly rural, and the town of Los Gatos to the west. The valley is located between the Santa Teresa Hills and the Santa Cruz Mountains, with Mount Umunhum to the west dominating the local geography.

Like its Spanish namesake, California’s Almaden had a number of quicksilver mines. The mercury was used during gold extraction in the California Gold Rush, but the mines were closed in 1975 and have been converted into Almaden Quicksilver County Park. Many of the names in Almaden retain their mercury mine themes. For example, there are streets called Silver Lode Lane and Silver Mine Drive (the latter of which was renamed). Also, many places in Almaden still use the name Quicksilver.

As part of the Silicon Valley, the main industry in the neighborhood is now high technology research and development; IBM Almaden Research Center is located there.[4] The neighborhoods consist of primarilyupper-middle-class families, with homes owned by local professionals, scientists, athletes, and Silicon Valley executives. 20201 Almaden Road San Jose CA 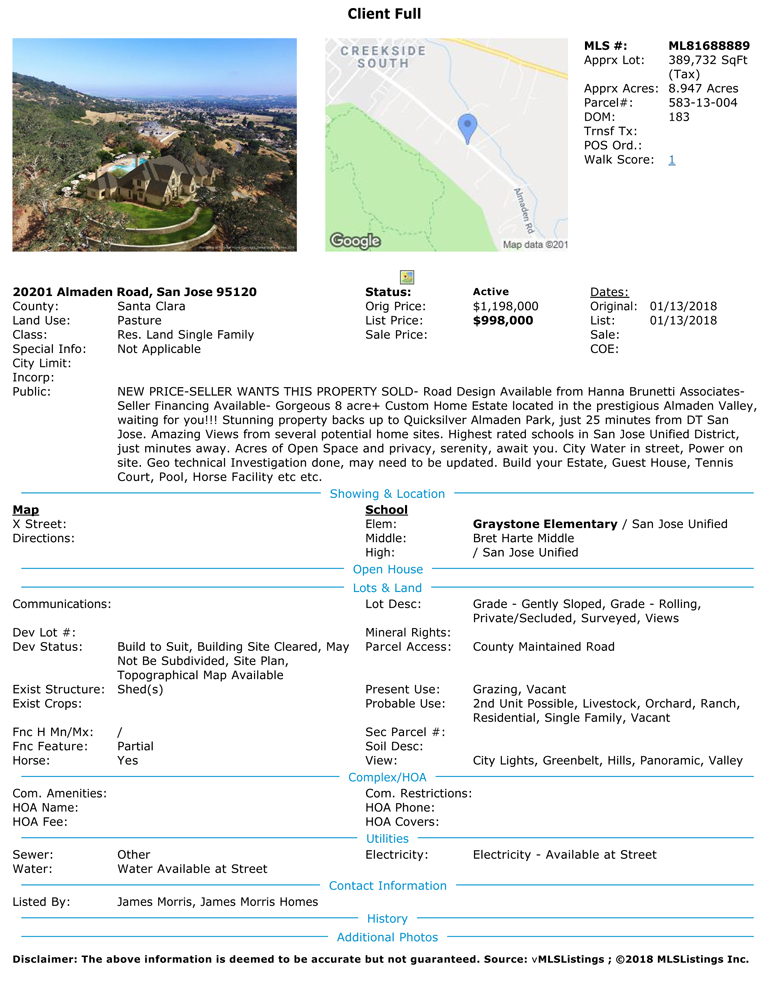 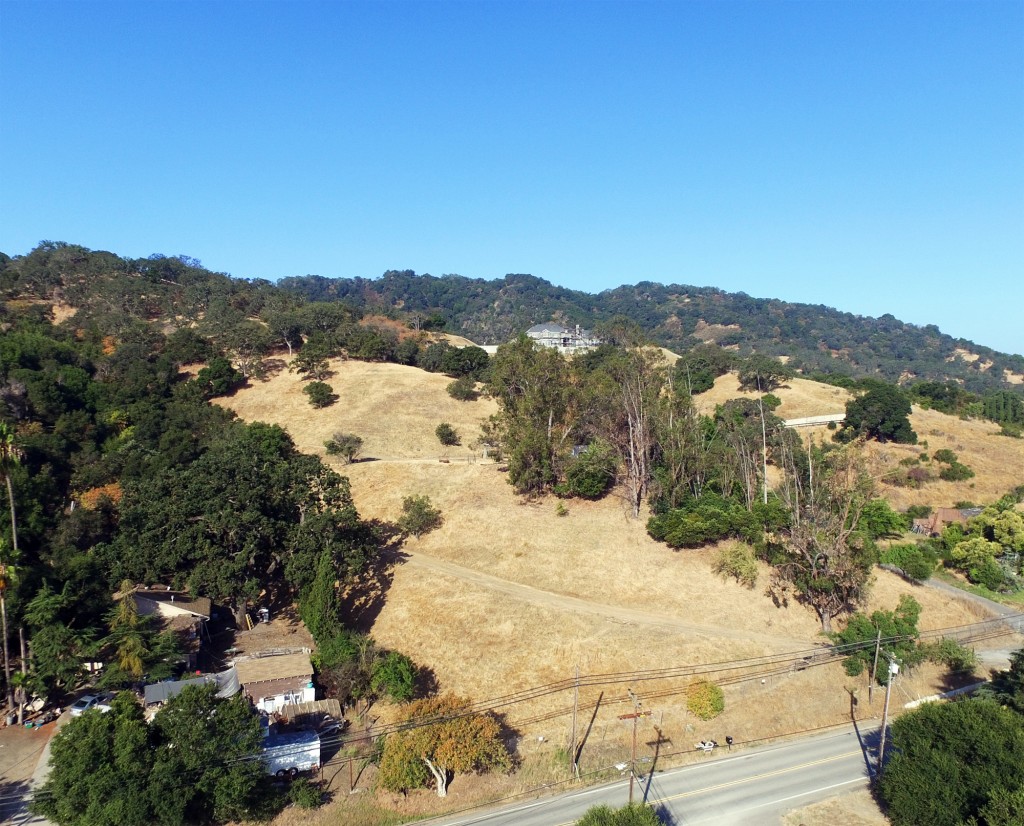 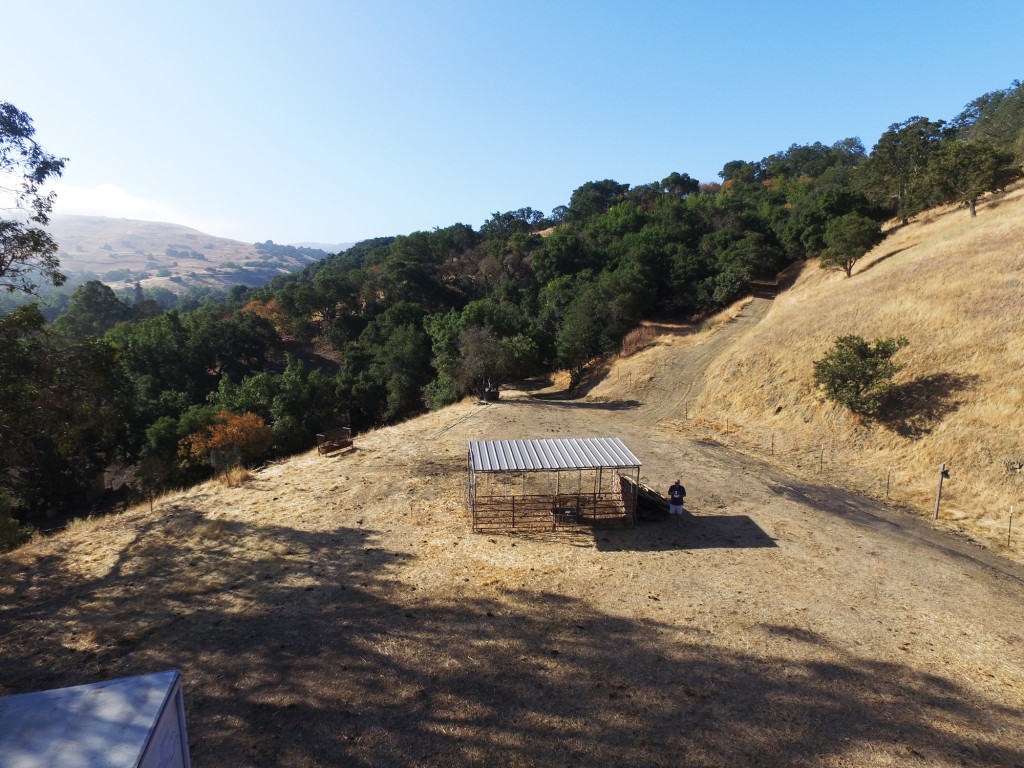 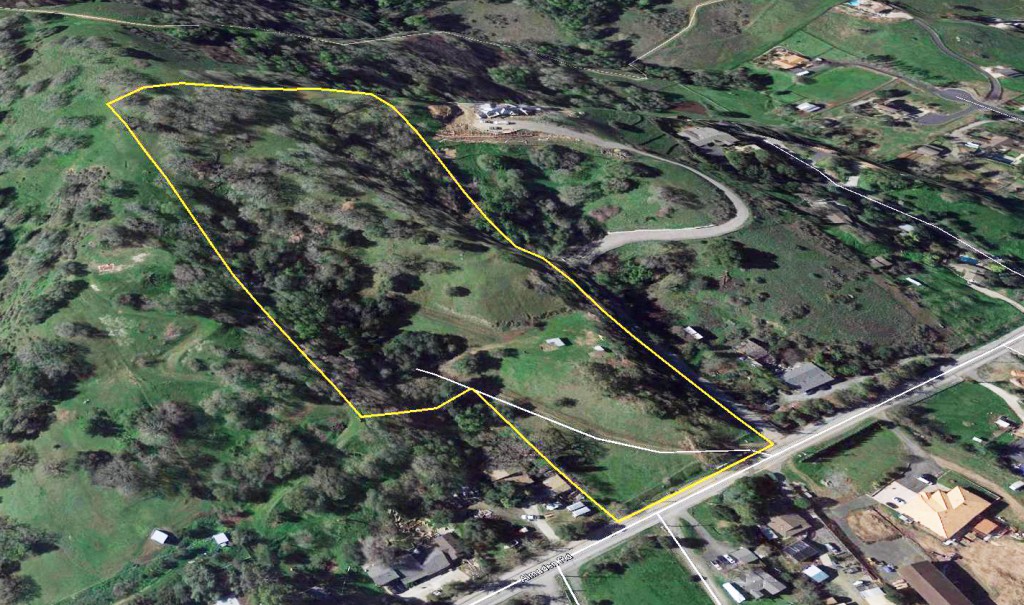 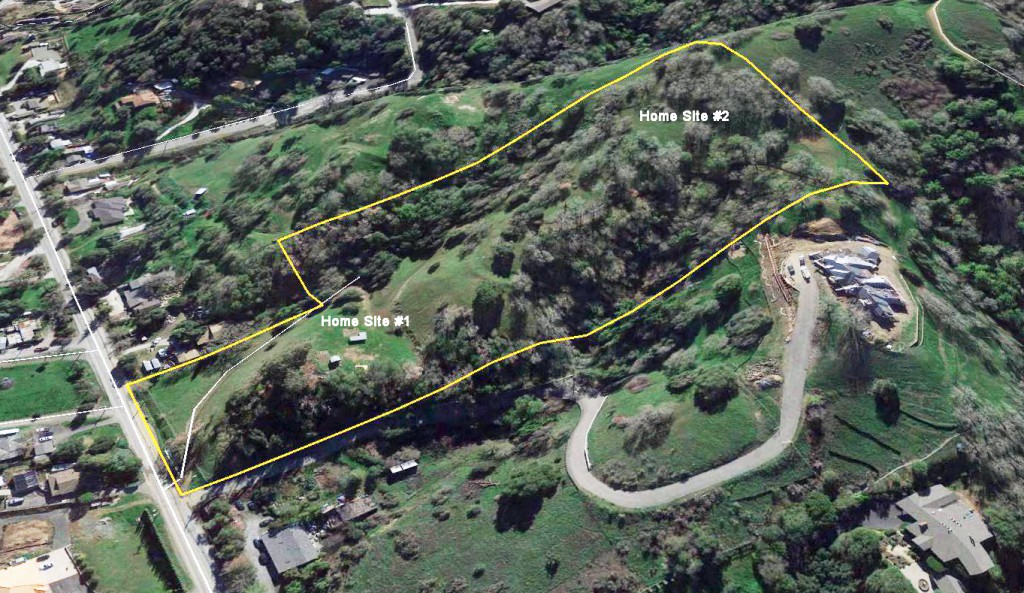 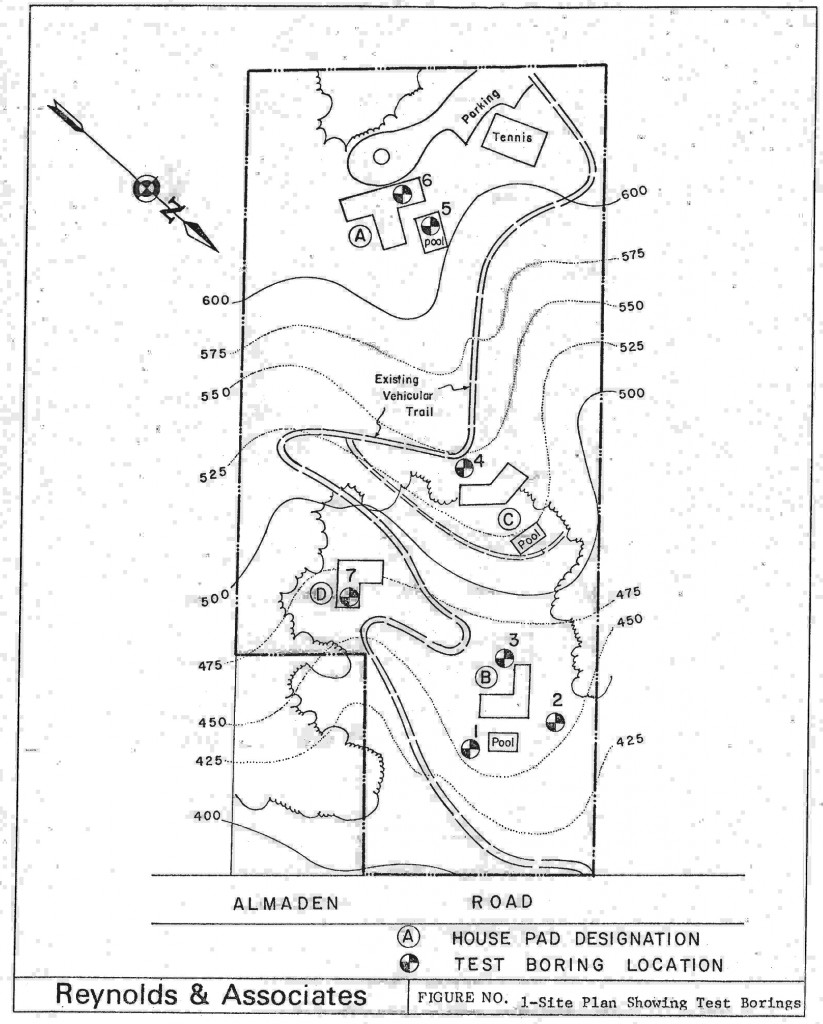 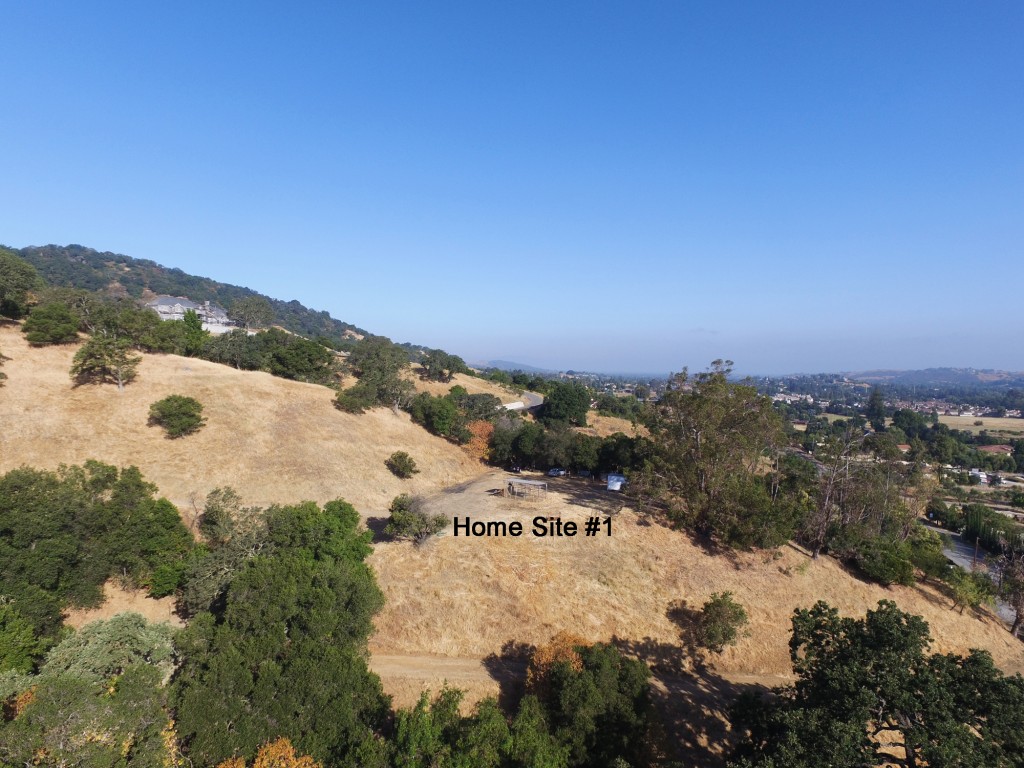