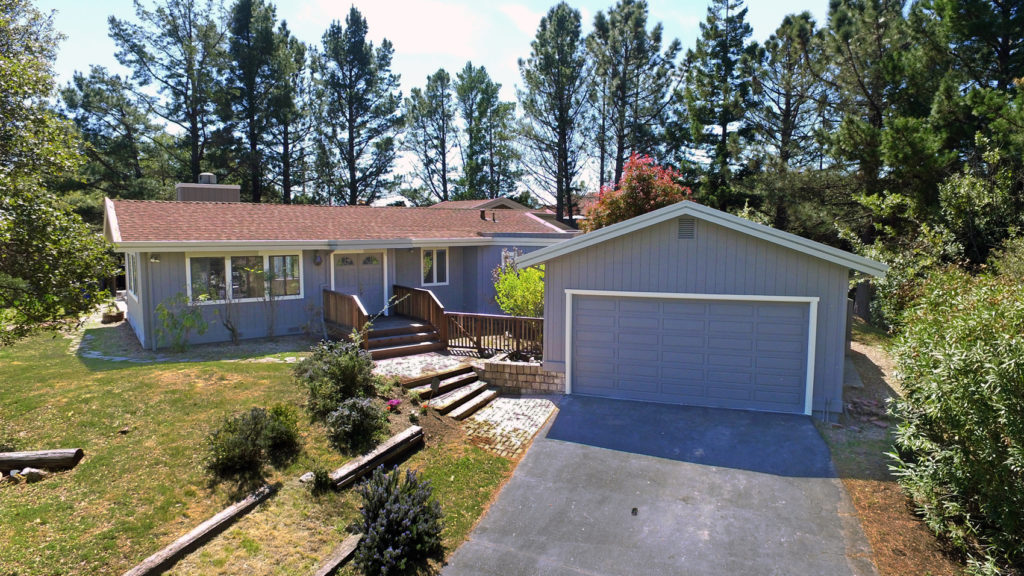 CHECK OUT THE ARIEL VIDEO TOUR-CLICK BELOW

17017 Bohlman Road-Beautifully updated throughout. Open floor plan design. Large kitchen and informal dining area. Spectacular serene setting with breathtaking views of city lights, Saratoga mountains, ridges and nature. Gated entry. The home is strategically set back off the street providing you with a dramatic entry to the property as well as privacy. Sited on 6.68 acres. Only 10+/- minutes from the Saratoga Village, Saratoga schools, shopping conveniences and freeway access/Silicon Valley. Saratoga schools! 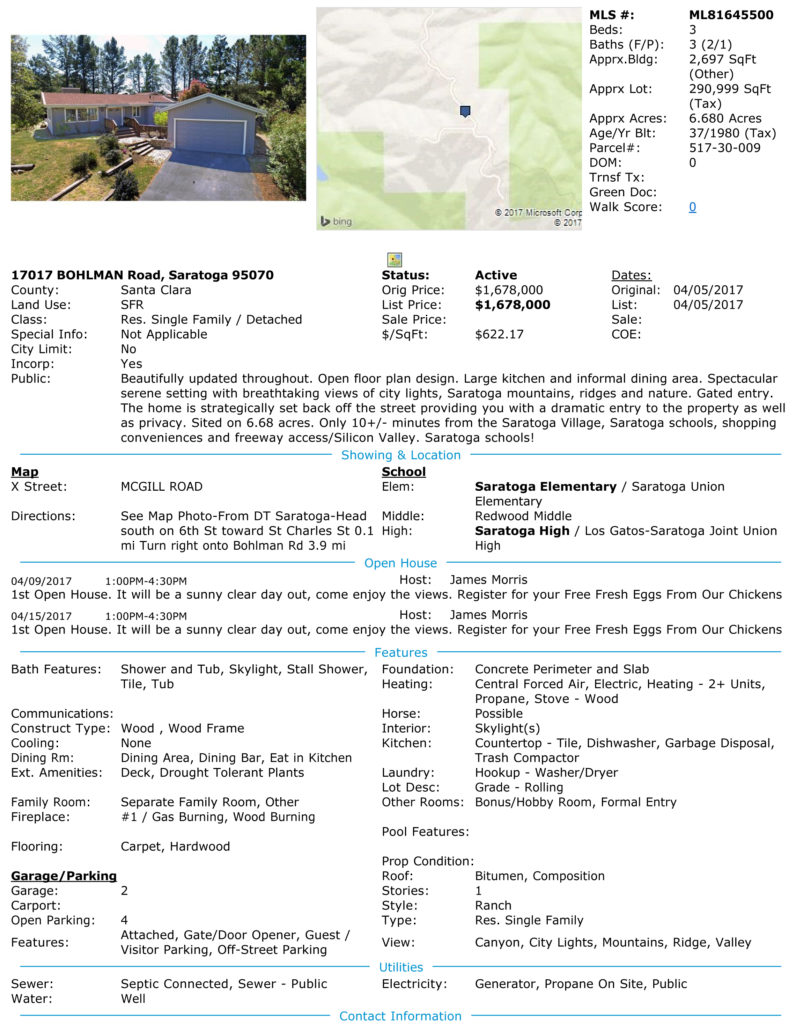 Saratoga /ˌsærəˈtoʊɡə/[6] is a city in Santa Clara County, California, United States. It is located on the west side of the Santa Clara Valley, directly west of San Jose, in the San Francisco Bay Area. The population was 29,926 at the 2010 census. Located on the Western edge of the Silicon Valley, Saratoga is known locally for its suburban small-town feel, wineries, and high-end restaurants. Major attractions of Saratoga include Villa Montalvo, Hakone Gardens, and the Mountain Winery. 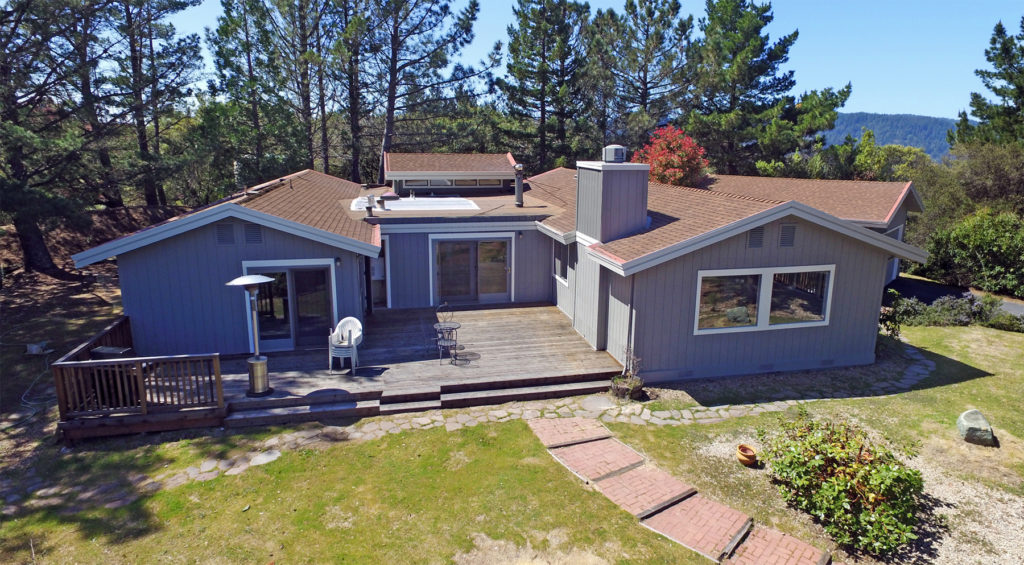 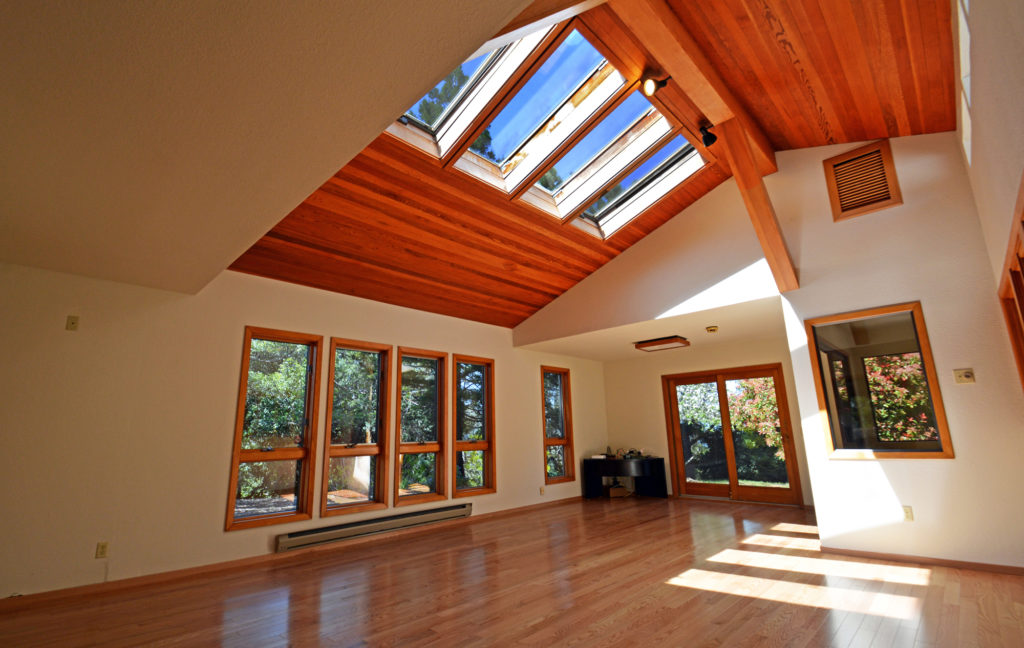 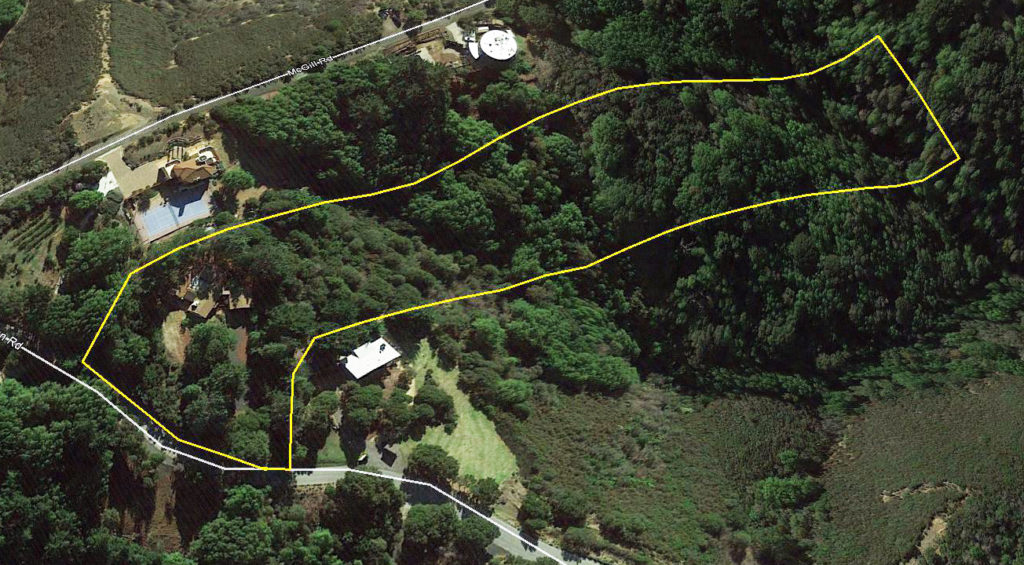 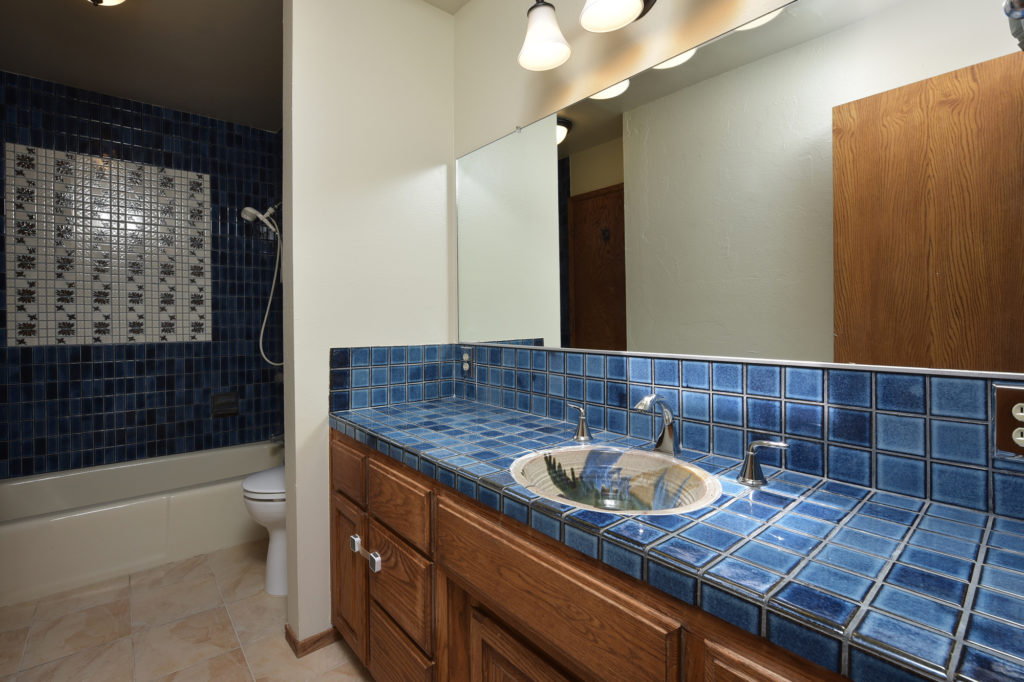 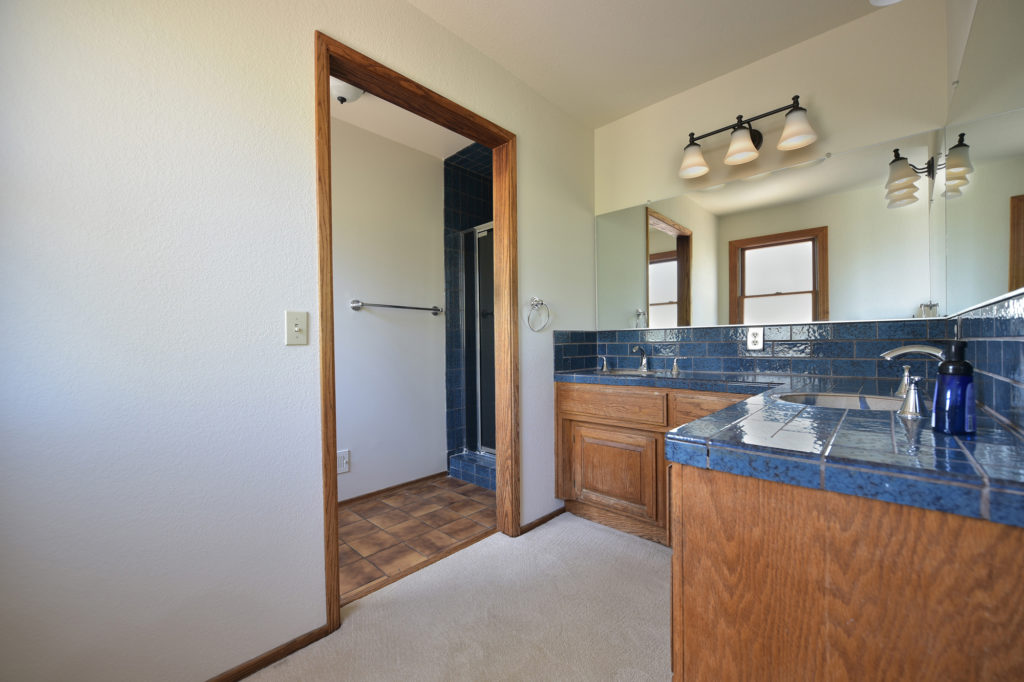 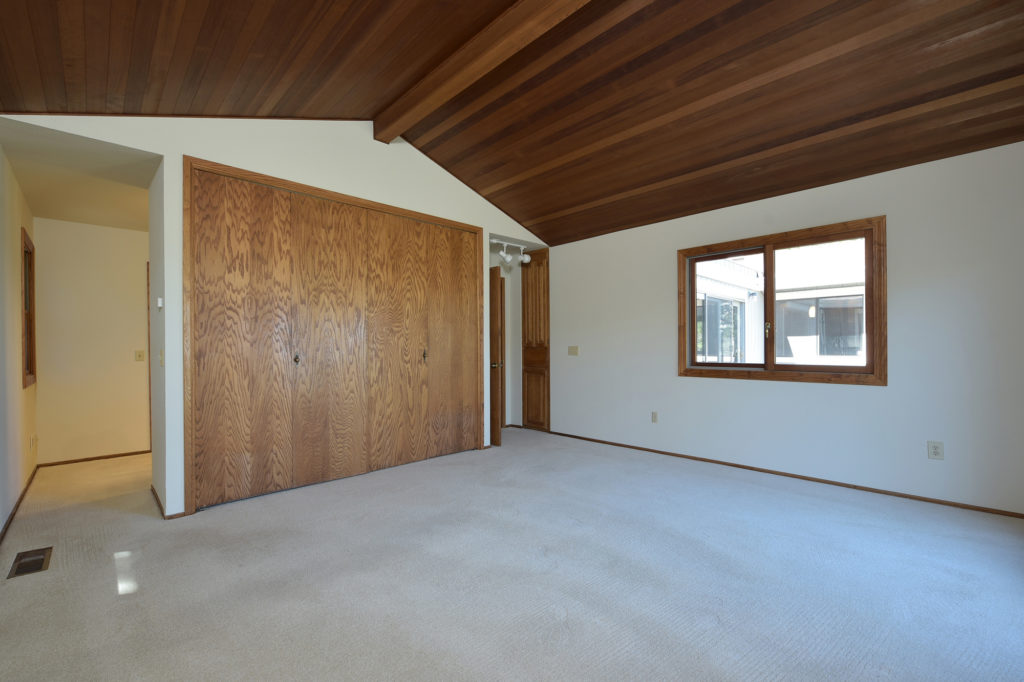 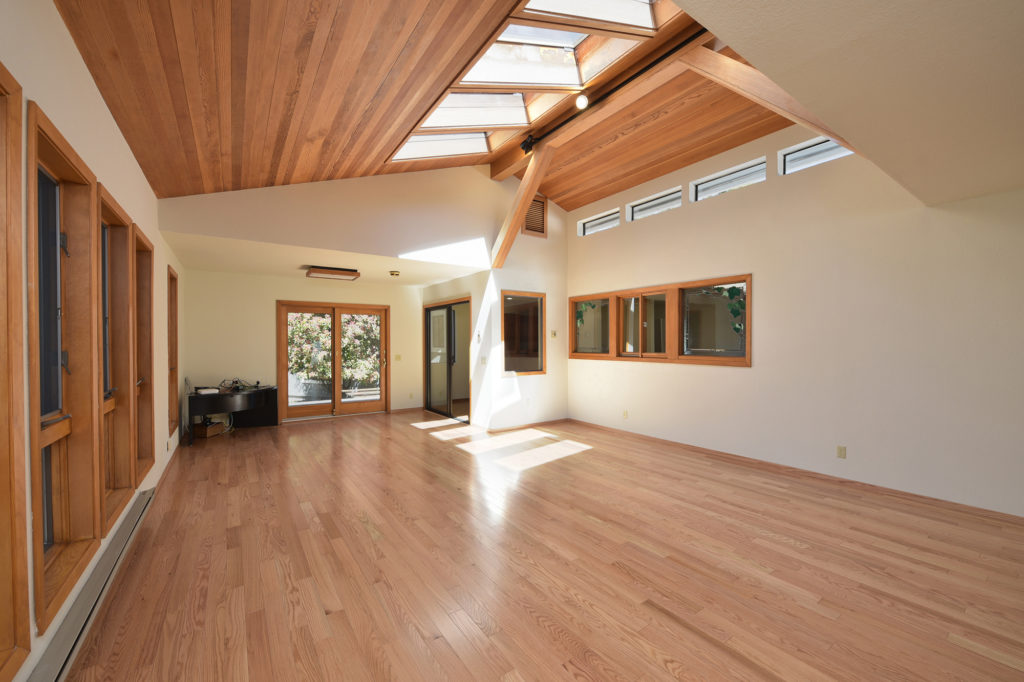 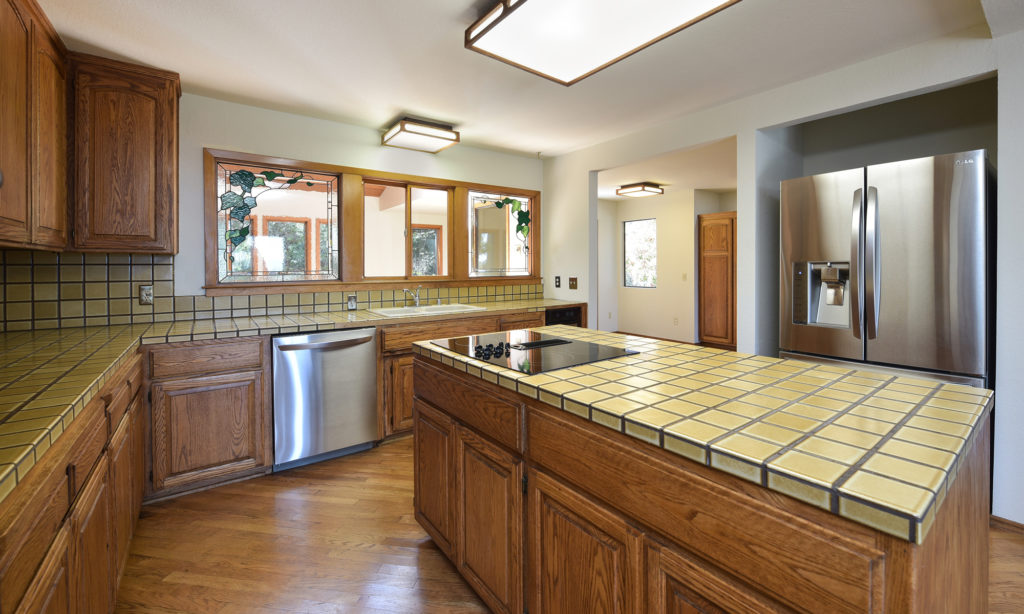 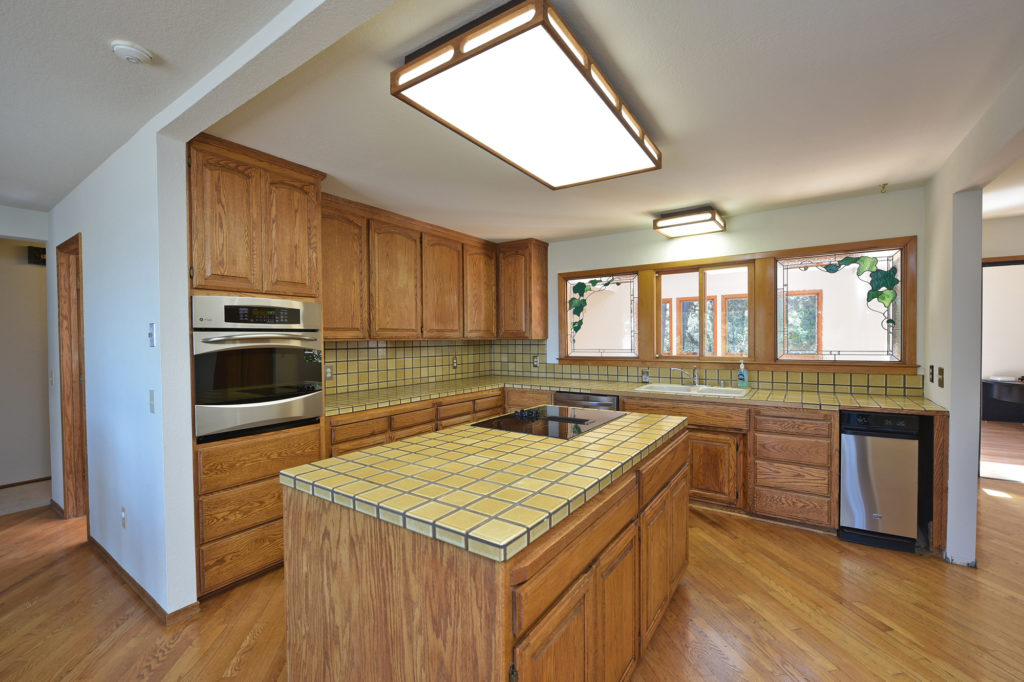 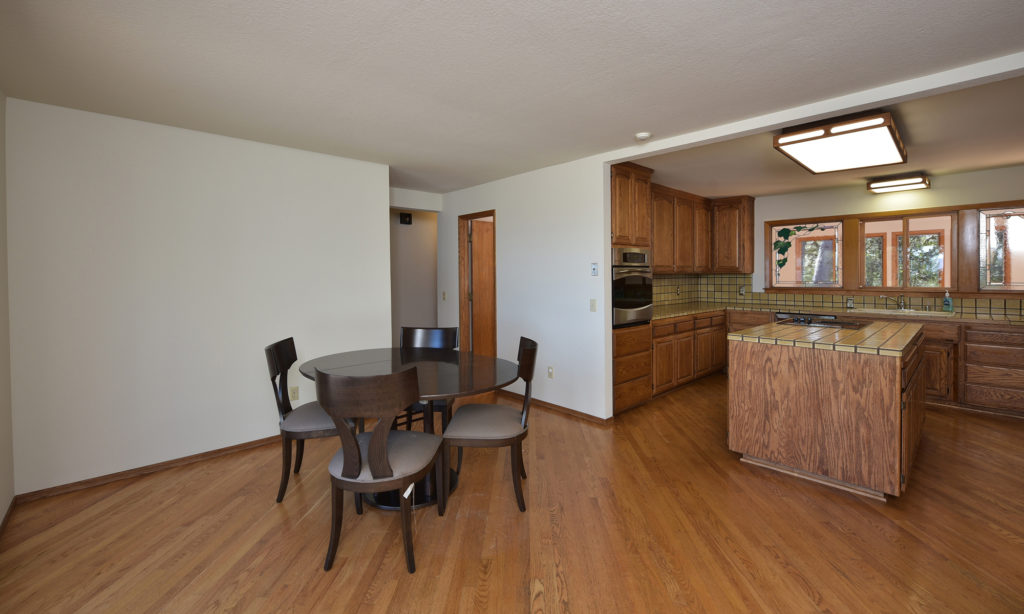 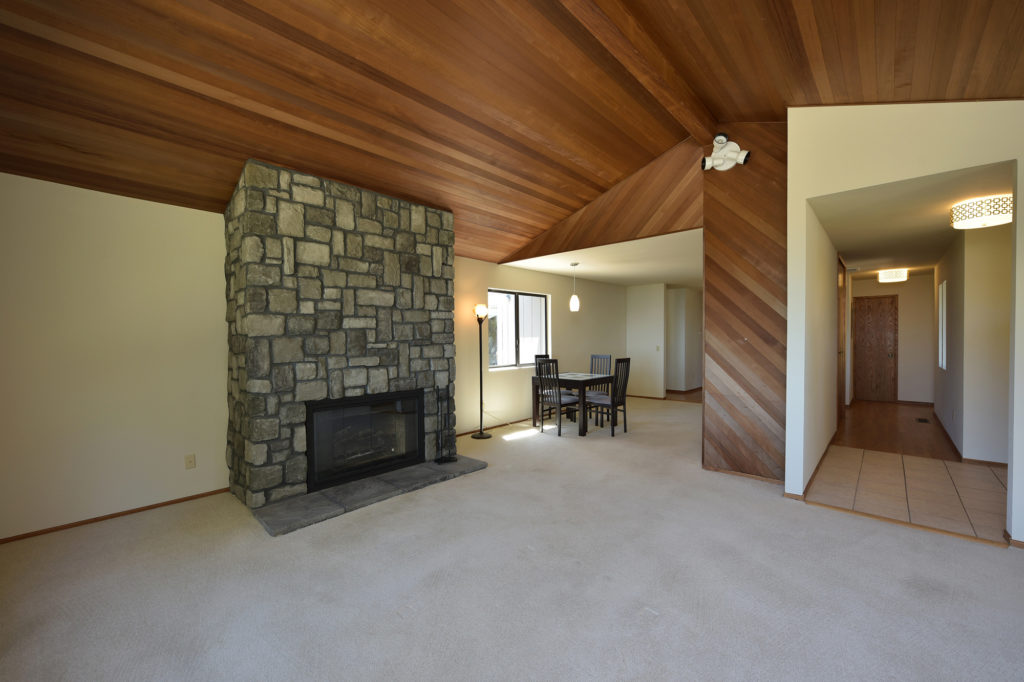 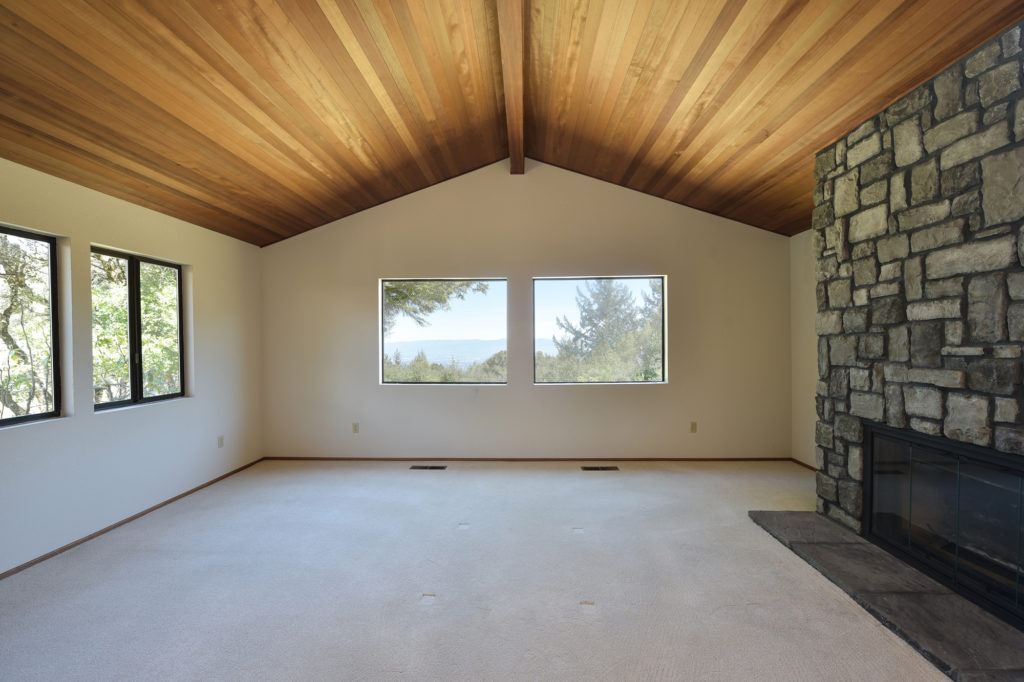