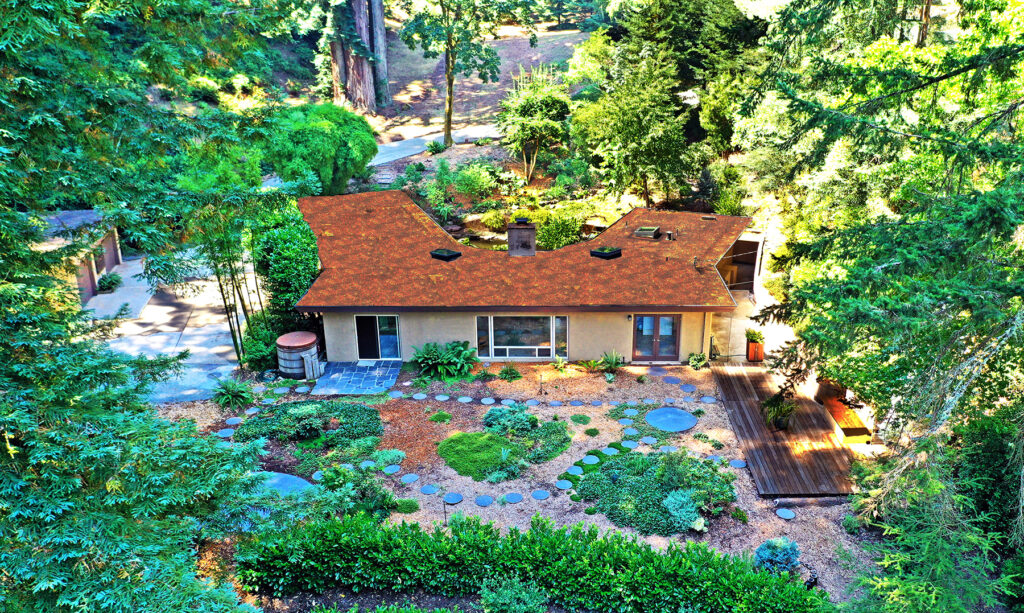 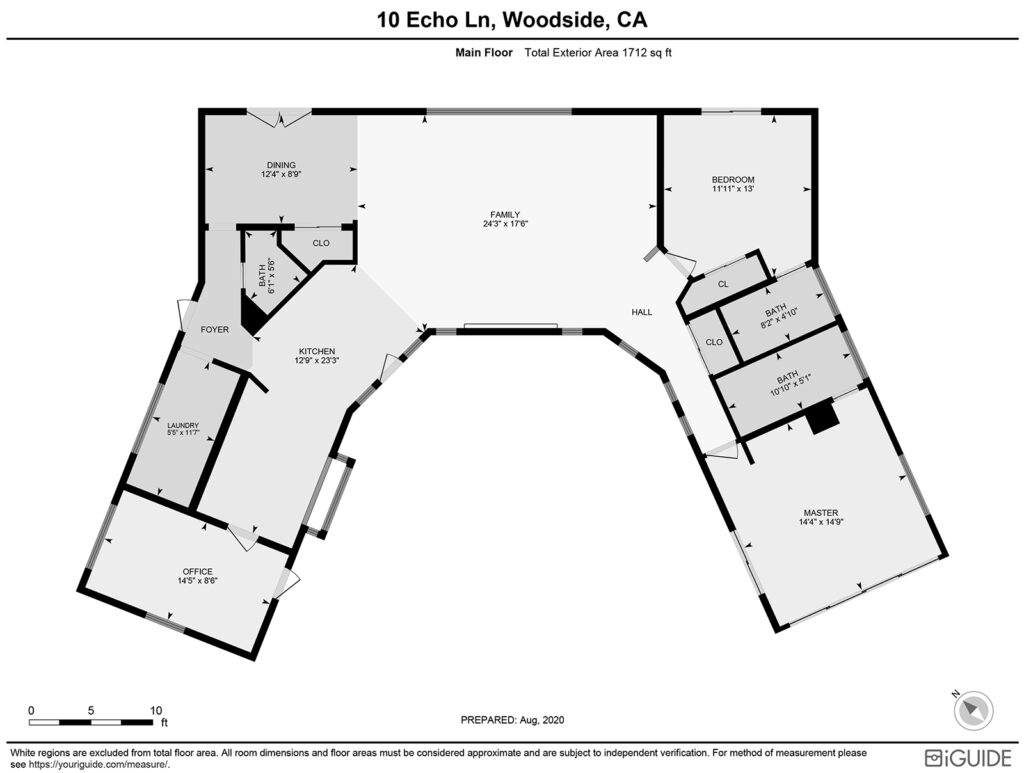 10 Echo Lane a Woodside Oasis. This Contemporary Home with 2 large bedrooms that both have attached bathrooms, plus a study that could also be an additional bedroom. Peaceful, Lush, Sunny grounds set upon a meadow surrounded by Redwoods. Easy access to Hwy 84-walking distance to Sky Londa/Alice’s Restaurant. Only 9 miles and 18 minutes to 280/Sand Hill Road. Fast Comcast Internet. Detached garage and 2 additional storage buildings. Perfect residence for working from home in your own personal sanctuary. Great potential for ADU to be built in the meadow above the main residence. Move in ready just waiting for you. Relax in your private redwood hot tub, enjoy the view of the valley below, in complete security. 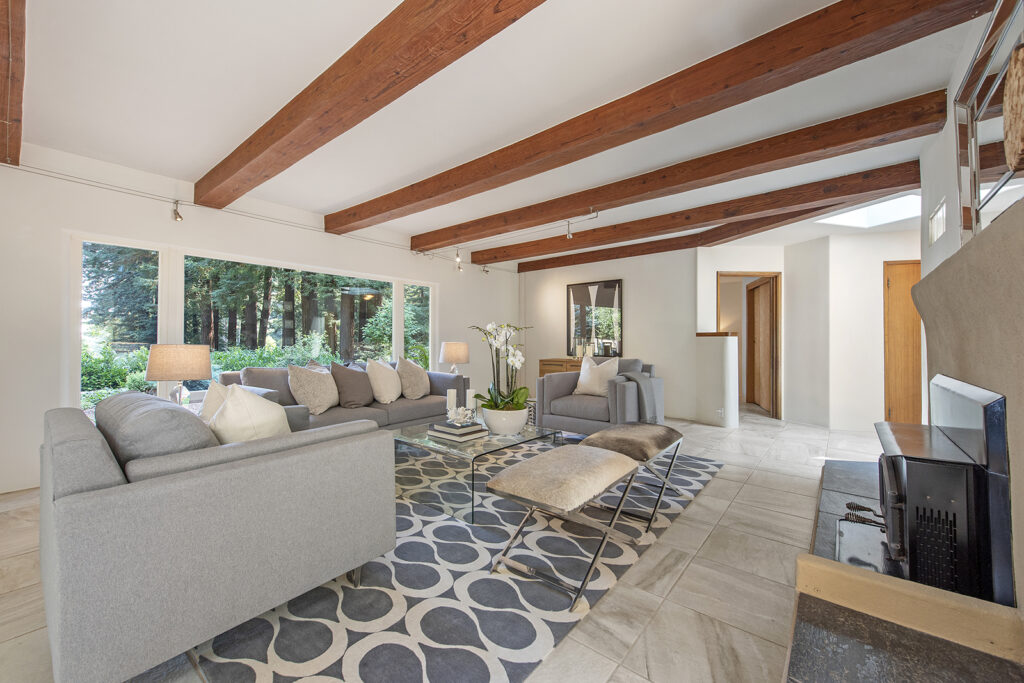 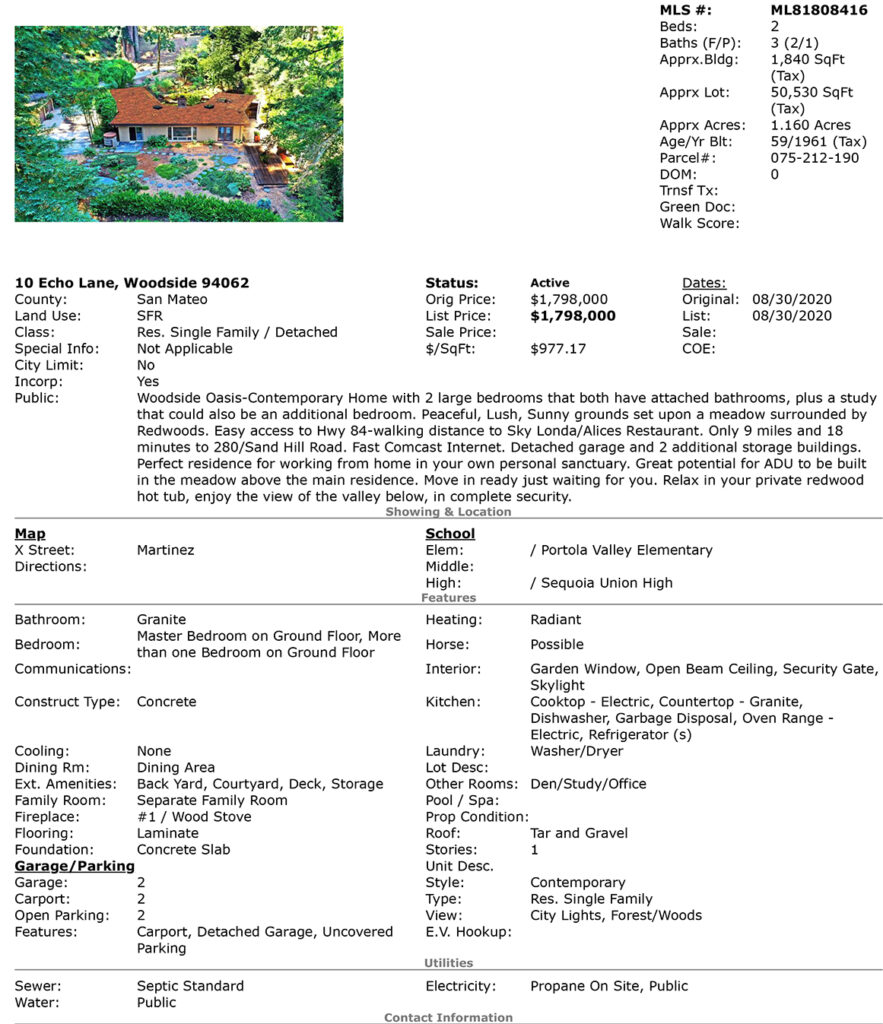 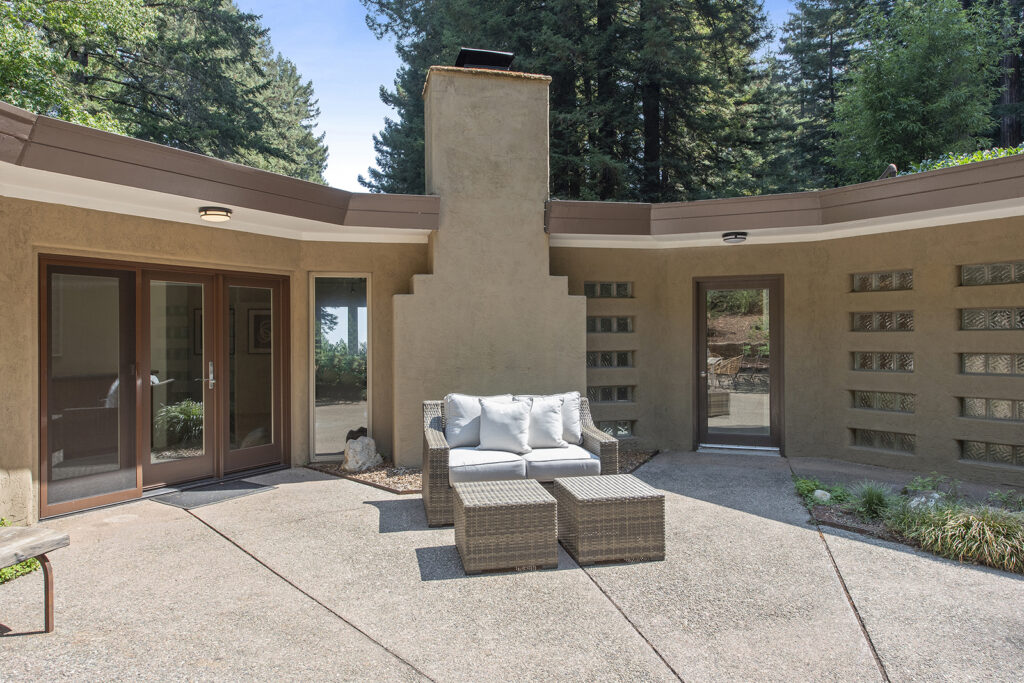 Woodside is among the wealthiest small towns in the United States.[8]

The intentionally small business district includes: a few restaurants; a grocery store; a saloon; a hardware and horse tack store; a home and garden store; an Aveda hair salon; a cleaner; and a post office. Outside of the business district are the Stillheart Institute educational event center, Skywood Trading Post and the Mountain Terrace event center.

Town restaurants include the Michelin starred Village Pub, Buck’s of Woodside restaurant, known among Silicon Valley entrepreneurs as the location where many VC investment deals have been signed, and the Firehouse Bistro.

Horses are part of the local culture. Numerous residents keep horses, and the town government maintains a network of horse trails. Some resident’s homes are even considered farms. The town is also popular among local cyclists and draws them in large numbers on weekends. The most popular road cycling routes include Old La Honda Road, King’s Mountain Road, Cañada Road, Southgate Drive, Skyline Boulevard and Highway 84. The Tour of California bicycle race includes several roads along and adjacent to CA-84 and Skyline Boulevard.

Woodside is home to a number of open space preserves, including the Purisima Open Space (part of the Midpeninsula Regional Open Space), where both horseback riding and bicycling are allowed. For mountain biking, the famous Skeggs Point is located in Woodside along Skyline Boulevard. 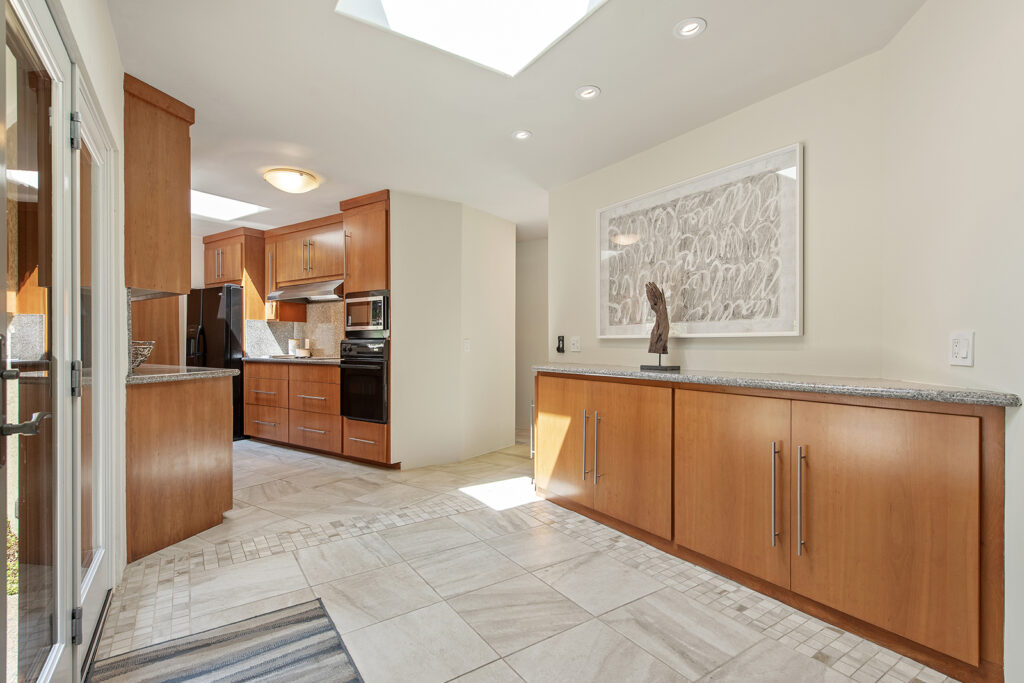 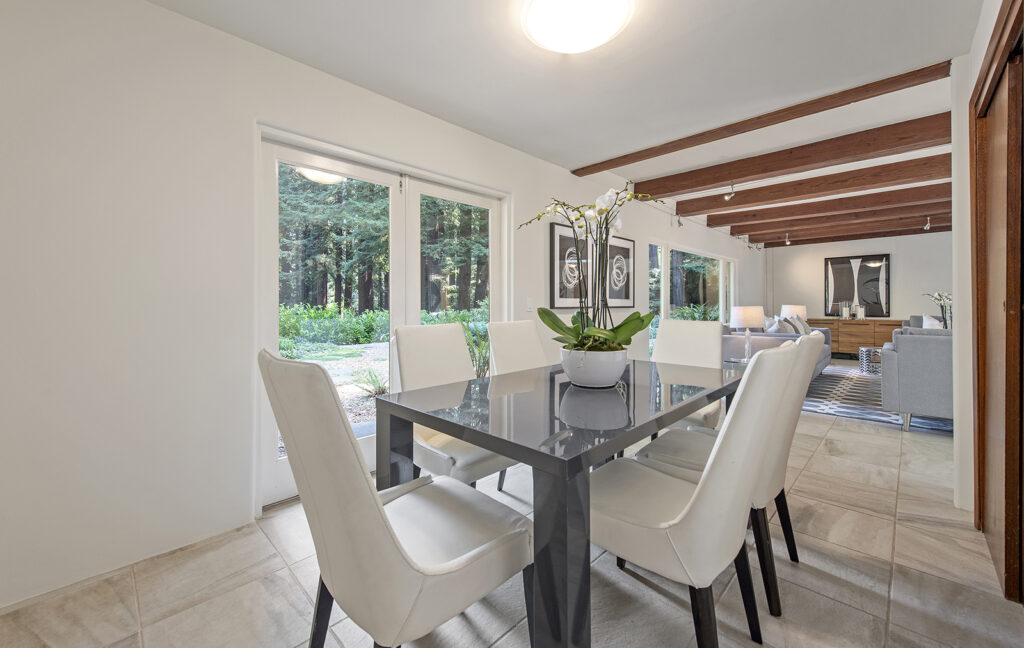 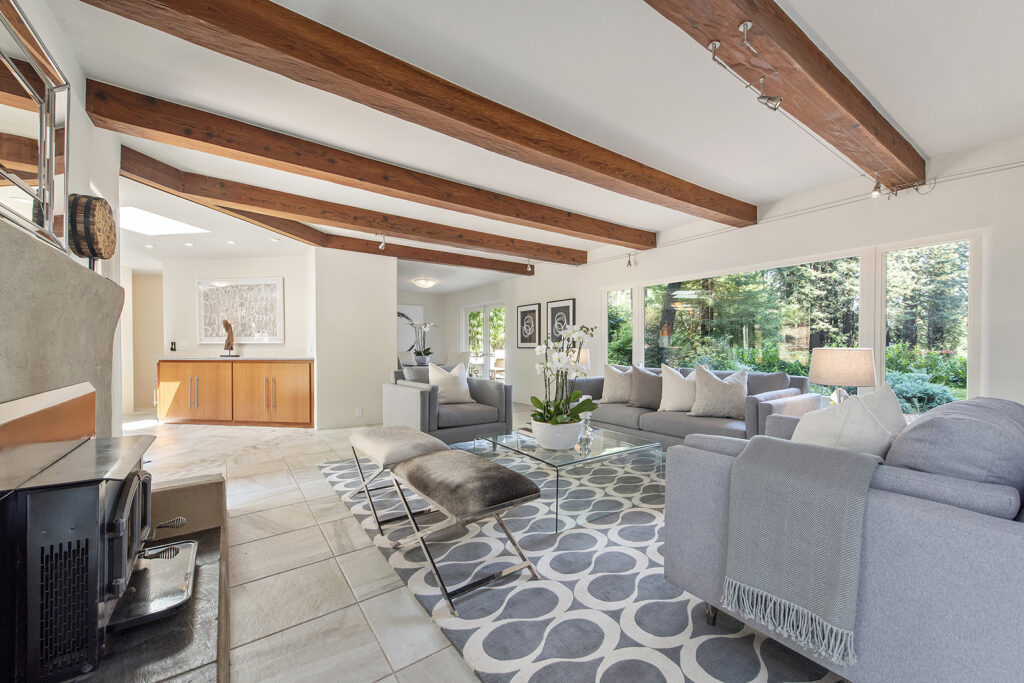 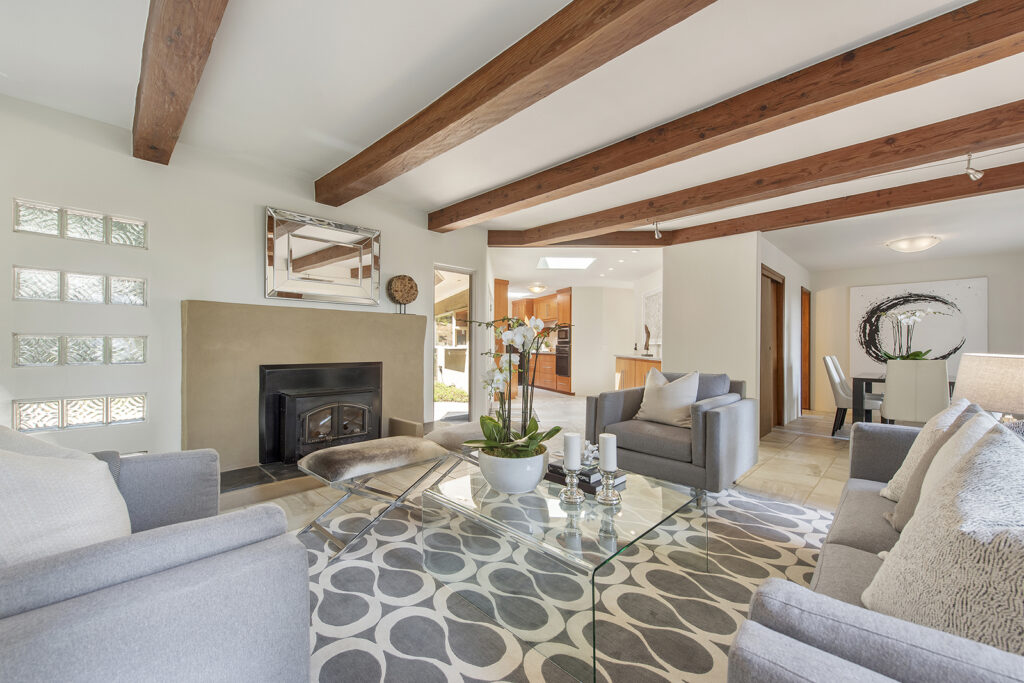 Woodside is located on the San Francisco Peninsula, midway between San Jose and San Francisco, just north of Silicon Valley, in San Mateo County. The infamous San Andreas fault runs through town. This fault is a major source of earthquake activity in California, including the 1906 San Francisco earthquake.

Much of Woodside is wooded, with redwoods and Douglas fir dominating in the western hills and more oaks and eucalyptus in the lower areas. San Francisco Bay lies to the east, while Pacific Ocean beaches lie to the west. The Santa Cruz mountains separate Woodside from the ocean and extend down to Monterey Bay about forty miles south. 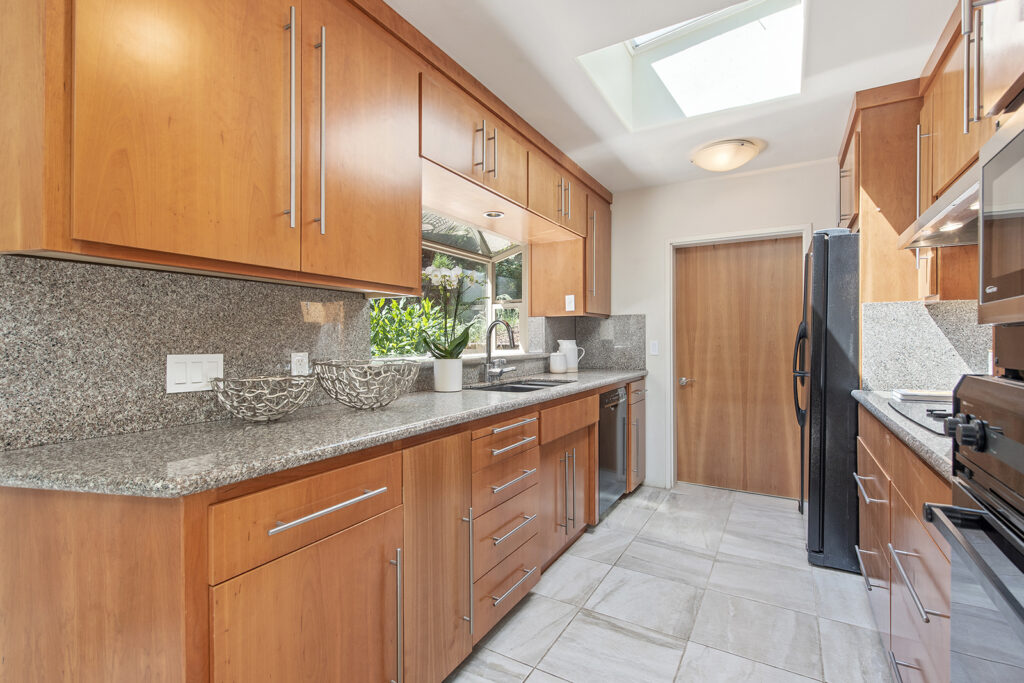 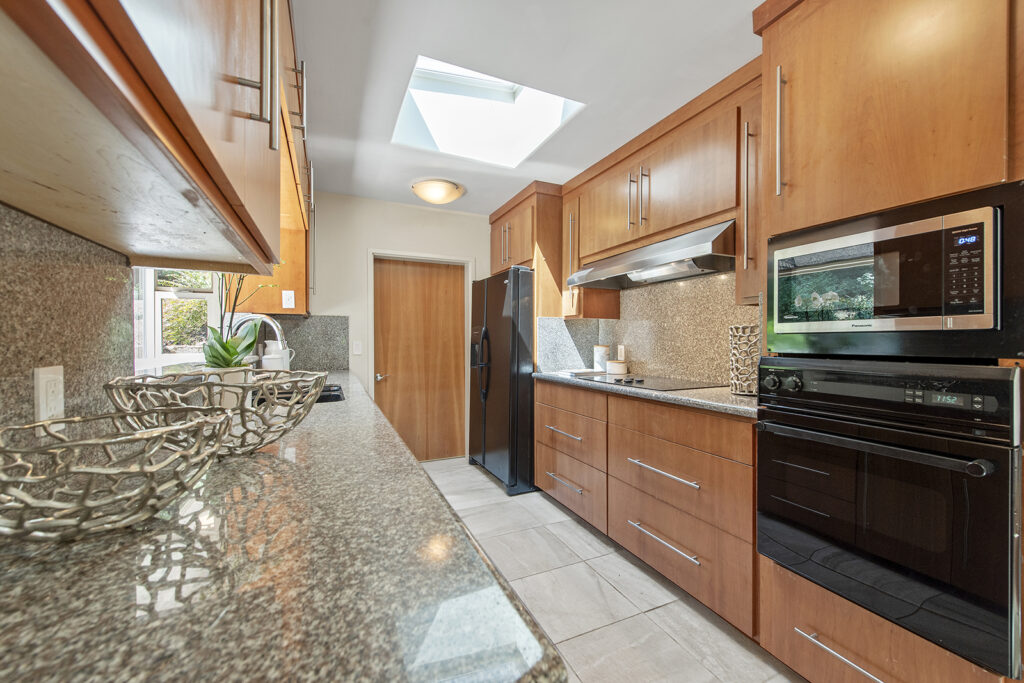 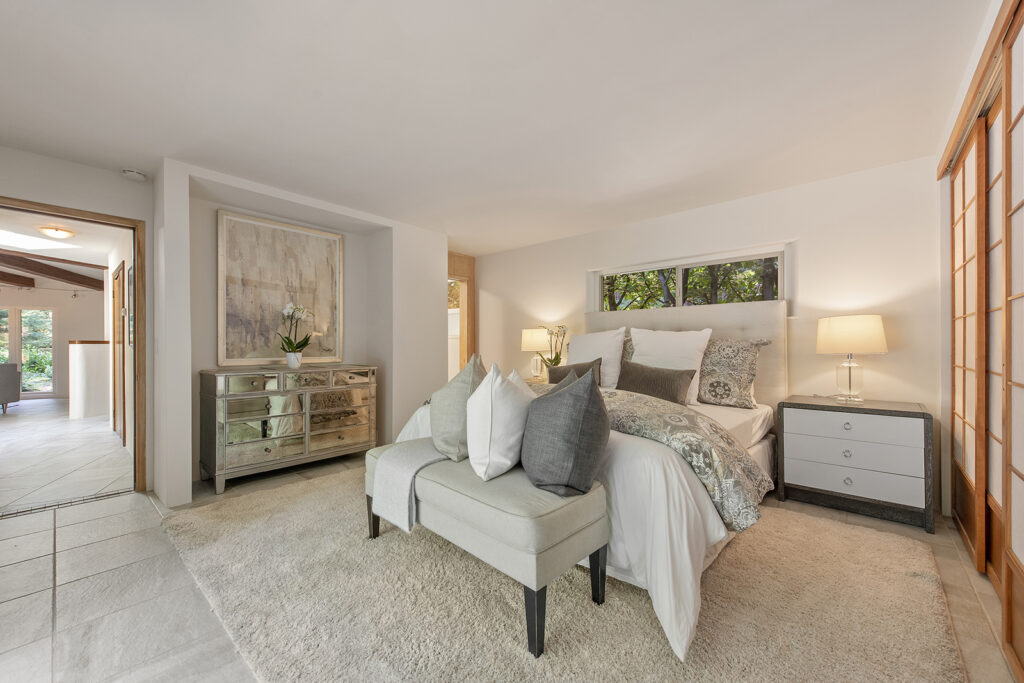 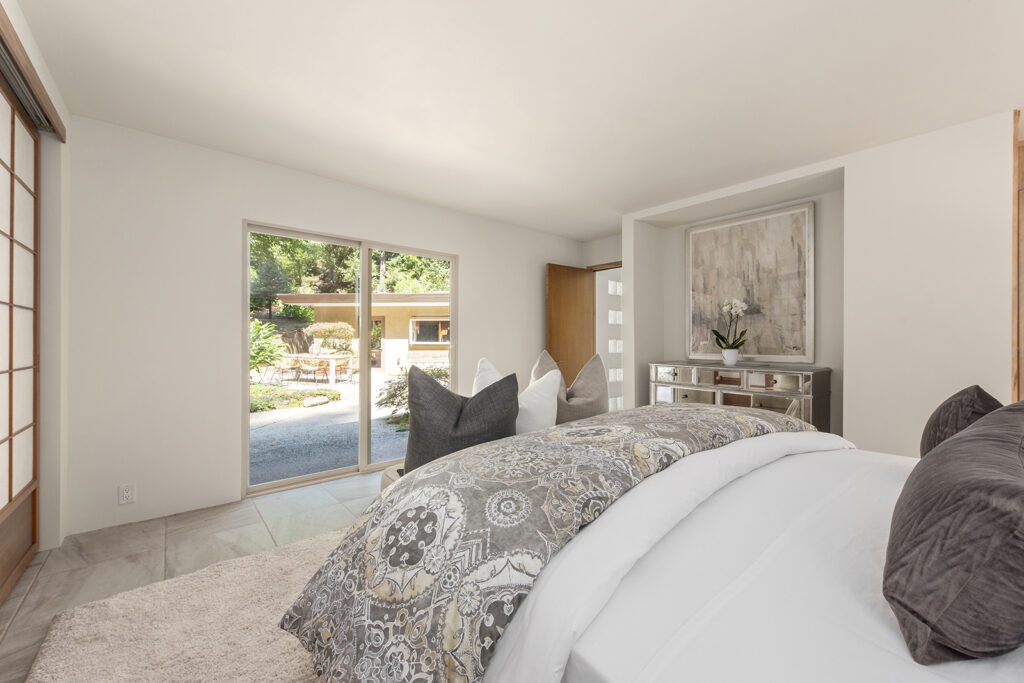 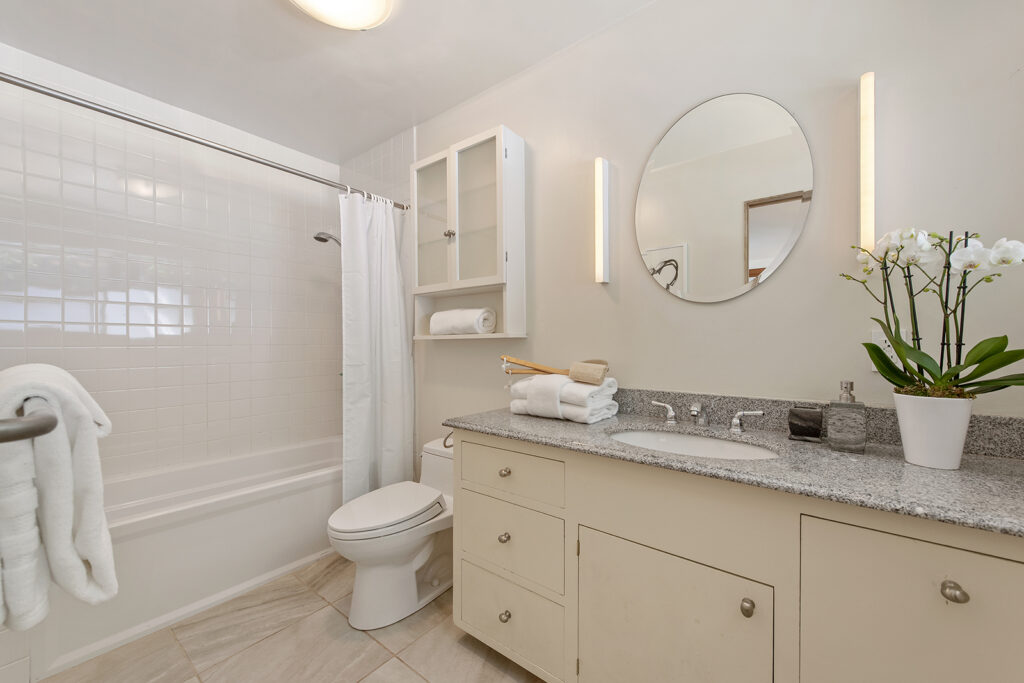 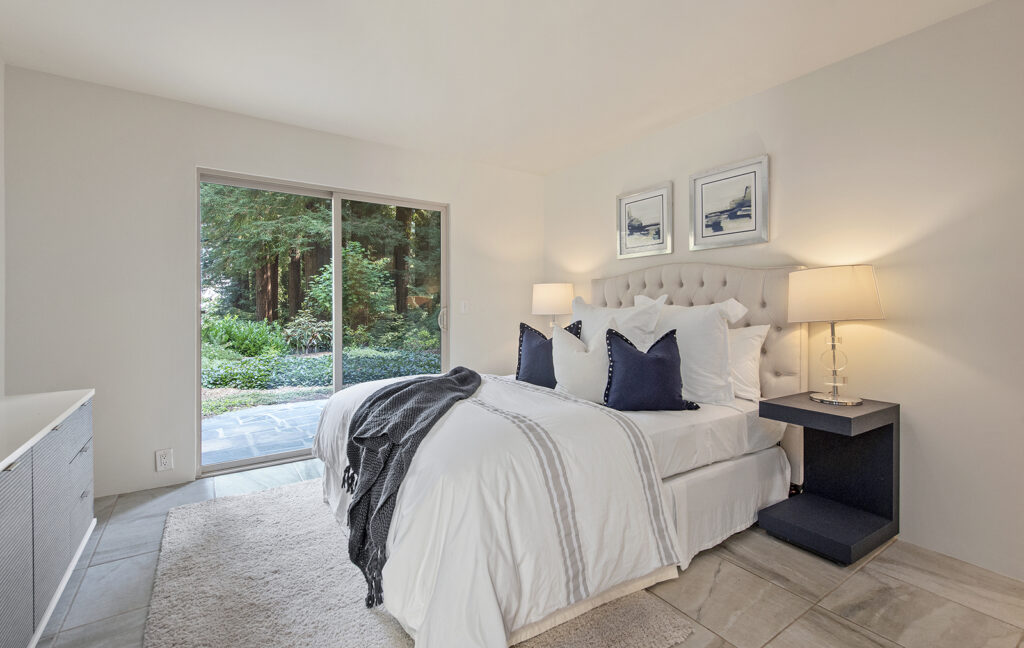 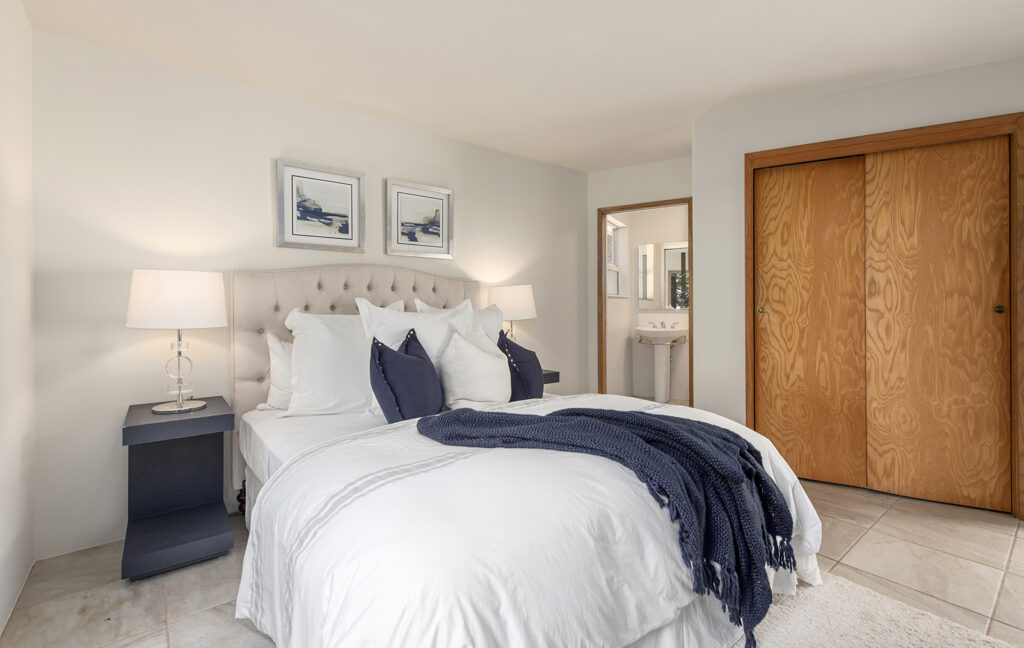 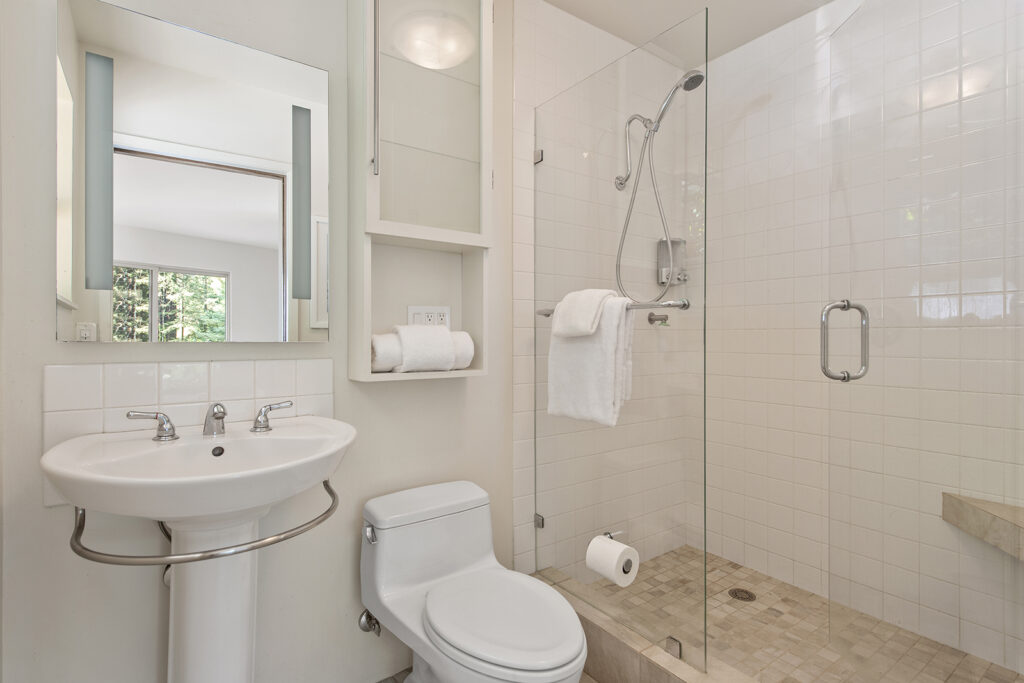 Funding for public schools in Woodside are supplemented by grants from private foundations set up for that purpose and funded by local residents.[24] 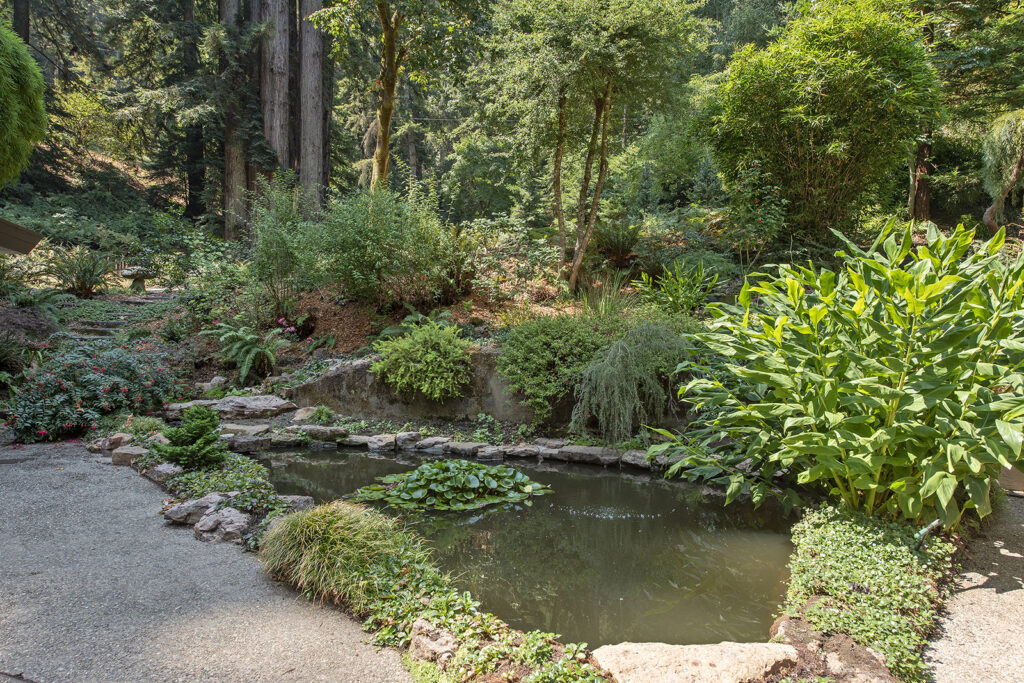 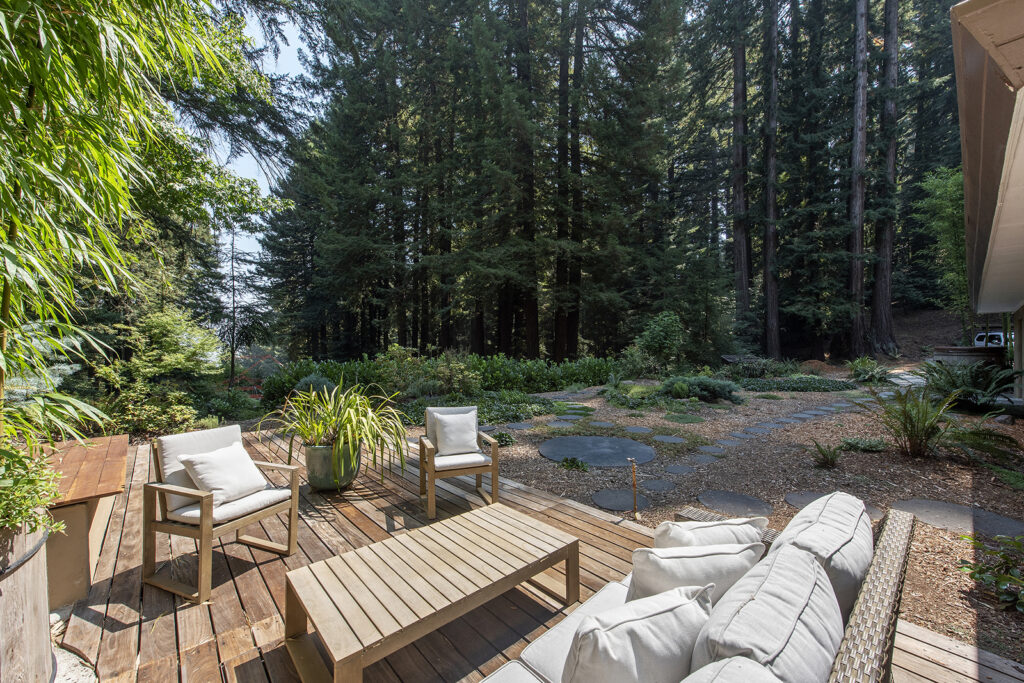 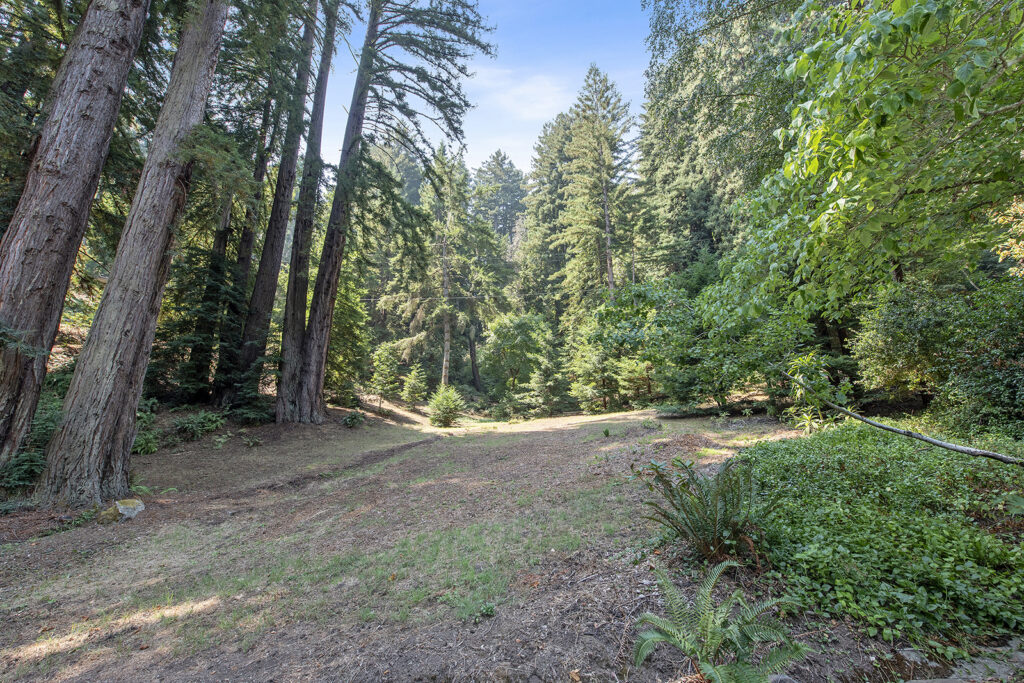 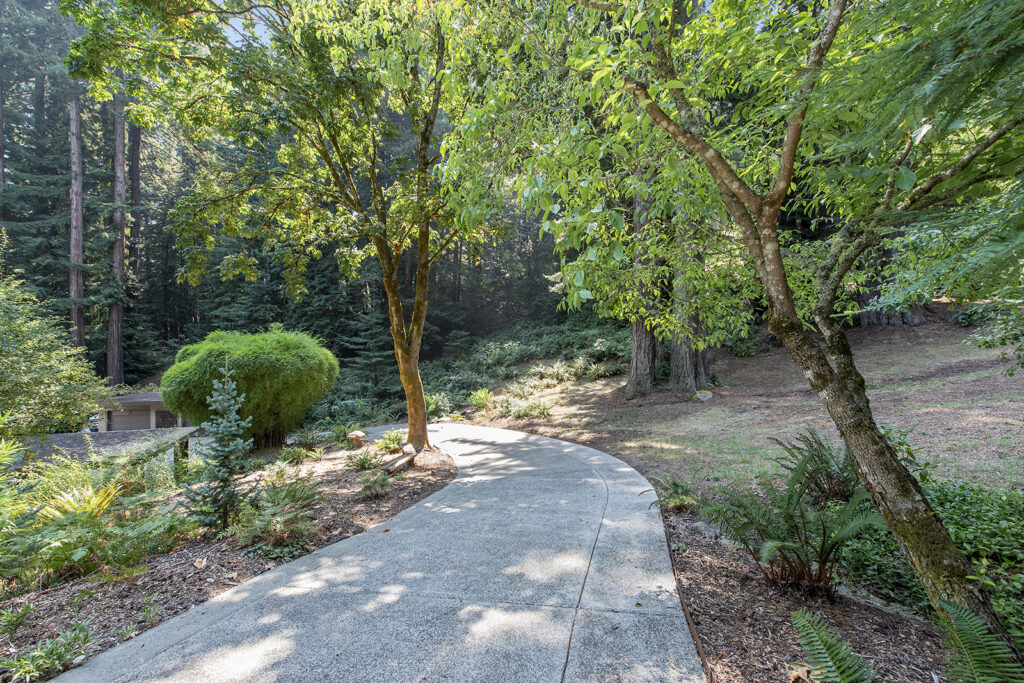 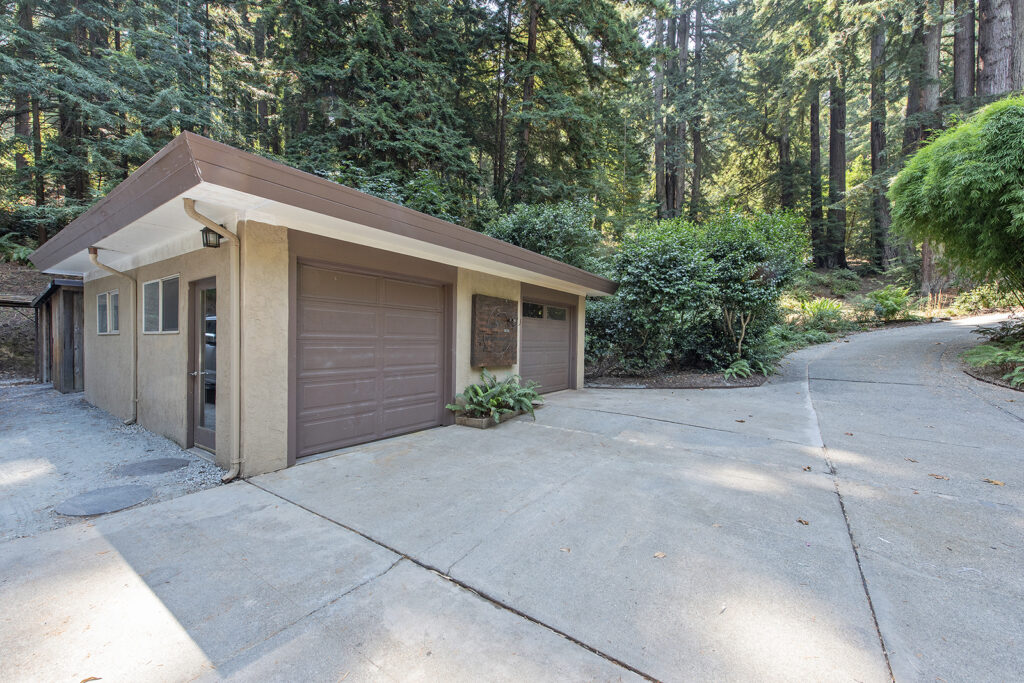 Please Let Me Know When We Can Show You This Property.

Please Let Me Know When We Can Show You This Property.